Mulching your beds and borders 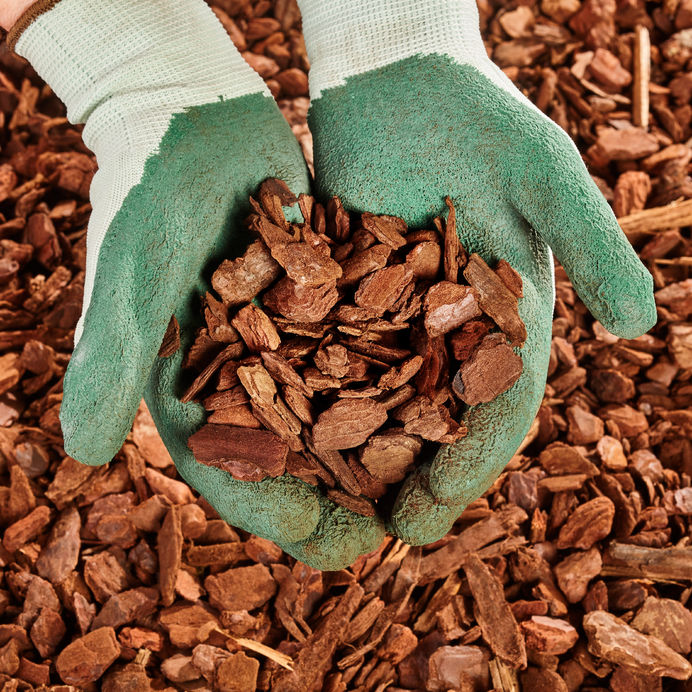 Mulching simply involves adding an extra layer of material to the surface of your soil. The benefits of doing so are as follows:-

There are various materials that can be used for mulching. These can be organic or inorganic.  We will start with organic materials.  These are the most important for soil management.  They are taken into the soil by worms and other creatures and are gradually broken down, releasing nutrients into the soil.  They include:-

White fungal mycelium can occur with organic mulches.  This is not a cause for concern.

Inorganic materials are also available.  These are long lasting and the best at weed prevention, but do not release any nutrients into the soil.  They include:-

Mineral mulches can also be used to retain water, suppress weeds and prevent rotting of plants such as alpines. Again, these will not release nutrients. These may be permanent as they are difficult to remove and will not be taken down into the soil.  They include:- 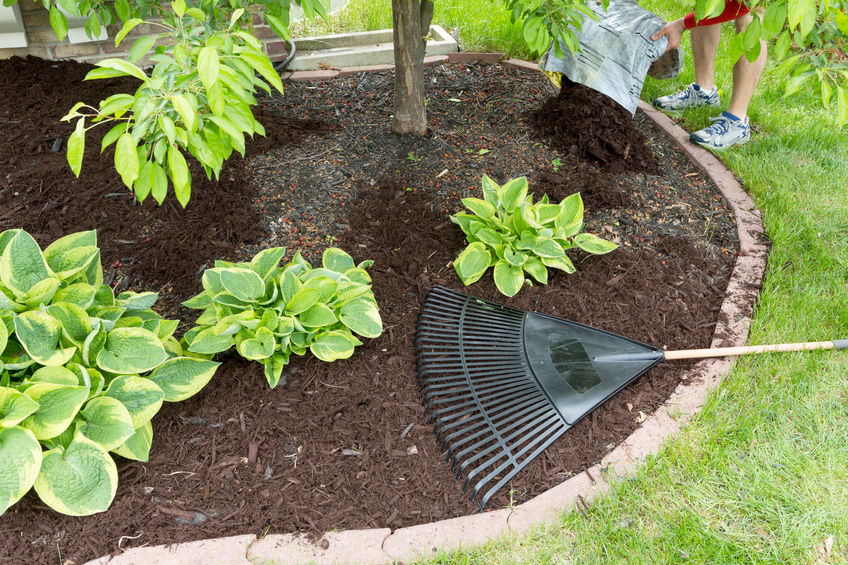 Before mulching, make sure the ground is clear of both annual and perennial weeds.  Application should ideally be in mid to late spring.  This is when the soil Is warm but still moist.  It is said that application in autumn may keep soil temperatures low and encourage waterlogging. Also application to dry soil may keep moisture out. A layer of  between 5cm (2in) and 10cm (4in) should be applied, taking care not to smother smaller plants.  Keep the mulch a few centimetres from the stems of plants to avoid rotting and to prevent shooting from the rootstock of grafted plants. Smaller bags of mulch can be transported with wheelbarrows or sack trucks and tipped onto the soil surface.  Larger bulk quantities should be moved by shovel or spade and a wheelbarrow.  The mulch should be raked level. Gloves should be worn.

Smaller bags of mulch can be purchased from suppliers such as :-

But if you have larger areas to cover it is often more economical to have large bulk bags delivered to the site.  Suppliers of these from our supplier directory include:-

Any cookies that may not be particularly necessary for the website to function and is used specifically to collect user personal data via analytics, ads, other embedded contents are termed as non-necessary cookies. It is mandatory to procure user consent prior to running these cookies on your website.